« Coordination Self-Assembly: From Origins to the Latest Advances » 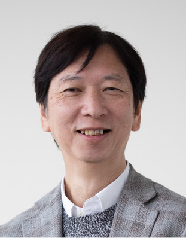 The University of Tokyo – Department of Applied Chemistry School of Engineering,

Makoto Fujita is University Distinguished Professor at The University of Tokyo, Japan.  He received his Ph. D. degree from Tokyo Institute of Technology in 1987.  After working in Chiba University and Institute for Molecular Science (IMS) at Okazaki, in 1999, he was appointed as a full professor of Nagoya University.  In 2002, he moved to the University of Tokyo as a full professor, where he was appointed as University Distinguished Professor in 2019.  Since 2018, he has also been appointed as Distinguished Professor at Institute for Molecular Science.  His research interests include: (1) Coordination Self-Assembly: Construction of nano-scale discrete frameworks, including MnL2n Archimedian/non-Archimedian solids, by transition-metal ions induced elf-assembly.  (2) Molecular Confinement Effects: Developing/creating new properties and new reactions in the confined cavities of self-assembled coordination cages. (3) Crystalline Sponge Method: Single-crystal-to-single-crystal guest exchange in the pores of self-assembled coordination networks is applied to a new X-ray technique that does not require crystallization of target compounds.  He has received relatively large number of domestic and international awards such as Wolf Prize in Chemistry (2018) and Grand Prix 2022 (Fondation de la Maison de la Chimie).